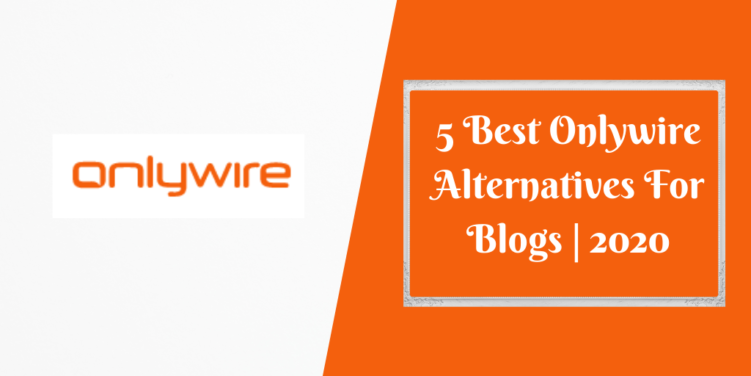 Onlywire is an interesting program. It’s a social automation tool that hooks into your blog. You configure it and, whenever you post a blog update, it generates posts on various social networks automatically. The idea, of course, is to streamline the process of sharing your posts on social media.

Onlywire is a pretty good program. Mean, it works with dozens of social networks ranging from Facebook and Pinterest to Tumblr and Pheed. It can run off your WordPress, or it works with ATOM feeds or RSS. It also has an API for you to build around.

In addition to the automated posting, it has social comment monitoring, so when someone responds to your comments you can keep the conversation going. This is excellent because one of the hardest parts of social engagement is responding to conversations as they happen. When you have to manage a dozen profiles, it’s extremely complicated.

Of course, no tool would be complete without analytics, and Onlywire has those as well. They’re not the most detailed of analytics, compared to what you might get from a dedicated analytics suite, but they’re serviceable to get a general idea of the performance of your posts.

Onlywire is, unfortunately, limited. It’s also not exactly inexpensive, as it’s designed more for enterprises than for small businesses. They had a free trial, but it was limited to only eight social networks, only one user, only one RSS feed, seven days, and a maximum of 100 submissions. They recently removed it. Their $5 monthly plan is still limited, and when you get into higher levels of submissions you’re paying $80 monthly or more.

With budget constraints and feature lists in mind, I went out looking for alternatives to Onlywire. Here’s what we found.

This one has me a little skeptical at first. Their homepage is an optimized landing page, but it’s also an infographic, which is a big red flag for SEO. Google doesn’t parse image text, after all.

This is one common issue I’ve found with social auto-posters. They tend to advertise how many networks they can post to, but then they have limits on the number of posts. Chances are, 90% of the networks they use – and Onlywire is guilty of this as well – aren’t valuable at all. It’s largely just a metric you can disregard. Unless you’re one of the few people who posts to some of these obscure social networks.

On the plus side for We On Tech, their most expensive package costs less per month than Onlywire’s starting non-basic package.

We On Tech is, you should be warned, a gray hat tool. They offer a content spinner, which is firmly a black hat piece of tech. I’d leave that part of it alone.

This is another alternative, and it’s a lot lighter weight than the other tools I’ve written about so far. It monitors RSS feeds and news feeds, looks for your new posts, and submits them to social networks. It’s also great for content curation; a browser extension allows you to queue up posts to share from other sources on the fly.

Dlvr.it has a few things going for it. It gives you the option of using customized shortlinks, so you don’t have to rely on an obscured bit.ly link. It integrates Google Analytics, which is better than any third party attempt to replace it. It also gives you individual control over each social network, so you can limit volume of posts to certain networks while turning on the flood for others.

The free trial has a limit on how frequently it checks for updates, is limited to three social pages, and checks up to five feeds. To increase those numbers, you can check their advanced plans, ranging from $10 to $150 per month.

Hootsuite is one of the best Onlywire alternatives schedules and publishes content to the right channels at the right time, track effectiveness in real-time, and crank the volume on your top-performing content.

The tool is currently completely free, though they plan to charge eventually as it grows in popularity. For now, you can visit their pricing page and vote on how much you’d be willing to pay, and the pricing structure. Even their priciest option is still low, so don’t worry about being hit by a surprise fee eventually.

If This, Then That, is the name of the game for this tool. It’s less of a one-size-fits-all tool and more of a language of modules you can use to customize your actions. For social media syndication, you would essentially set up a cascade of rules saying If Posted to Blog, Then Post to Facebook/Twitter/Pinterest/etc.

The real power of IFTTT comes from all the other stuff you can do with it. You can make it post to Facebook when you take a picture! How cool is that?

Of course, this isn’t for basic users. Only use it if you have the time and inclination to make something extremely customized for your social syndication needs.

Buffer grow from humble beginnings to now serving more than 73,000 customers. Our passion for making meaningful connections flows through everything we do.

We care about building a quality product, trusted relationships with our customers, and a sense of community that connects our customers and team with one another.

There are a few other options I haven’t listed here, mostly because they’re obvious. I mean, if you’re using Onlywire, to begin with, you’re probably aware of HootSuite and Sprout Social, right? They’re great tools, but for some people they’re overkill.

Others turn to alternatives with HootSuite, for example, starts trying to get pushy with taking over every aspect of your content management. Some people like that, others prefer to do things more hands-on.

This first widget will style itself automatically to highlight your favorite product. Edit the styles in Customizer > Additional CSS.